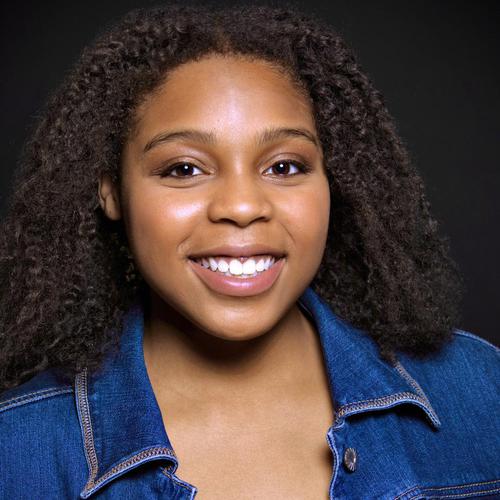 Talks covered by this speaker

Alexandria Bates is an Associate Producer and visionary problem-solver generating unconventional ideas to help creative visions come to life. She is a recent recipient of her associate's in the Dramatic Arts and is pursuing her bachelor's in Applied Arts and Media. She is an aspiring writer /director whose work highlights diversity in people, stories, and the mixing of cultures.

Alexandria, also known as Xandria, was born in Manhattan, New York, and raised in Richmond, Virginia. She attended Henrico High School's International Baccalaureate program (IB), where she received her diploma. After spending four years doing rigorous assignments and exams, she discovered her true passion for the arts, specifically, media and production. Xandria started her journey into Entertainment at the American Academy of Dramatic Arts, where she studied for two years, receiving her Associates. After taking a gap year in 2020, she decided to continue her studies at Antioch University, where she will receive her bachelor's in 2022.

Xandria had a couple of jobs that introduced her to media production. Her first taste was interning for The Academy as a Production assistant. She worked on multiple theatre productions, each working with different directors, stage managers, and playwrights. She continued to work shows until the unfortunate halt due to the pandemic. Since then, she has become the Writer and Associate Producer of "You Thinking What I'm Thinking?" Podcast. On the side, she is a personal assistant for people in the business who are willing to share knowledge and advice on her upcoming career.

Xandria loves to learn new things and is constantly filling her head with knowledge. In her spare time

She watches masterclasses on writing, cinematography, cooking, and anything else that sparks her creativity. She is an intermediate violin player as well as an archer. If she is not studying her craft or typing scripts, she is in front of the TV catching up on the latest cinematic works.

Xandria believes that the future is in media and that Television has the power to bring people together. Her ultimate goal is to own her own production company whose content will empathize diversity in people, stories, and the mixing of cultures for future generations.

Your logo could go here!

If you'd like to get your brand in front of attendees following the categories this speaker is talking about (on this page, via email and during each talk) contact us.

We use cookies This website (and some of its third-party tools) use cookies. These are important as they allow us to deliver an exceptional experience whilst browsing the site.

By clicking 'Accept', you agree to the use of cookies. To learn more see our Privacy Statement.